Howard and Abby’s involvement, leadership and giving align with the essence of “Venture Philanthropy”, which brings the principles of venture capitalism to philanthropy. These include active engagement in organization and operations; encouraging an entrepreneurial approach to innovation and change; and finding and investing in leaders in the field. The Howard and Abby Milstein Foundation’s strategic gifts, institutional leadership and hands-on involvement stimulate innovation, create efficiencies and produce results. Howard and Abby participate financially, intellectually and emotionally in the organizations they support.

Seven core areas have emerged from their vision:

As heads of one of the leading real estate families of New York City, Paul and Irma Milstein established the PIM Foundation in 1994 as a successor to the Milstein Family Foundation.

“It’s been our privilege to contribute to building the New York of today. We feel a great responsibility to, and pride in, this city, which has been so good to us. With that in mind, the PIM Foundation is committed to maintaining New York’s heritage, while addressing the pressing medical, educational and cultural issues of our time.”

In keeping with those priorities, the PIM Foundation concentrates on New York City Institutions, with a primary focus on culture, medical research and Jewish communal organizations.

A unique collaboration of patients, families, advocates, physicians and scientists, American Skin Association has evolved over the past two decades as a leading force in efforts to defeat melanoma, skin cancer and disease.

Established to serve the now more than 100 million Americans — one-third of the U.S. population — afflicted with skin disorders, the organization’s mission remains to…

As Chairman of the Board of the American Skin Association, Howard Milstein has brought stability to the organization, increased its assets and sharpened its focus on cancer and melanoma. As such, he is in the vanguard of those who are working to combat the deadly effects of climate change on the skin.

In 2007, the Milstein family launched the Milstein Medical Research Program at The Rockefeller University, led by Dr. James Krueger. Dr. Krueger’s early work led to a revolution in the treatment of psoriasis. He found that T-cells, rather than an aberration of the immune system, were the triggering mechanism for psoriasis. That discovery led to a whole new world of drugs for treating the widespread skin disease. This has been a special boon for sufferers of psoriatic arthritis, which is totally crippling.

Dr. Krueger is now applying the same out-of-the-box thinking to the Milstein Medical Research Program, where the initial focus is melanoma. With the depletion of the ozone layer, melanoma is becoming an ever-greater threat. The greatest hope for a cure is to understand the initial step in the metastatic process and block it there. Dr. Krueger and his team are using advanced genetic methods and imaging techniques to learn how “melanocyte” skin cells become malignant. Information gained from these experiments will lead to much more accurate diagnostic techniques and more effective treatments. 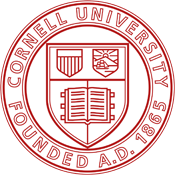 In 2003, the Howard P. Milstein Computational Biomedicine Programmatic Core was established at the Weill Cornell Medical College, where Howard Milstein has served as a Trustee since 1986.

Tuberculosis, Malaria and HIV/AIDS are killing millions of people each year. Beyond the human tragedy of these losses is the destabilizing economic and political impact of these deaths in Africa and other parts of the developing world. Disease travels across continents, making this a vital concern — not just for the international community, but for Americans, as well.

In response to these needs, the Abby and Howard Milstein Chemical Core Facility and the Abby and Howard Milstein Program in Chemical Biology at Weill Cornell Medical College are funding breakthrough research. Under the aegis of Dr. Carl Nathan, a dual antigen cure for antibiotic-resistant infections is underway. The double antigen cure could intercept the normal mutation process that occurs every 500 generations and change that to every trillion generations. In short, the mutations that lead to antibiotic resistance would be slowed to a point where the impact on pharmaceutical treatments would be almost non-existent. This would greatly increase the effective lifespan of new antibiotics developed by Weill Cornell and other research centers. One of the priorities that the Milsteins have built into the research program is the development of new drugs that would be delivered at the lowest possible cost to the needy populations in Africa.