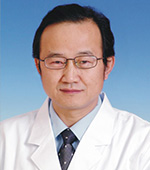 Dr. Wang has been an active clinical physician, a medical educator as well as a scientific researcher in Dermatology and Venereology. His research has received grants from organizations including the Beijing Natural Science Foundation, National Natural Science Foundation of China, Doctoral Training Grant of China’s Ministry of Education and the Mega Project of China’s Ministry of Science and Technology. He has published more than 140 papers including original articles, reviews and abstracts both in Chinese and English journals including JID, BJD and Science. In 1999, he was recognized by China’s Ministry of Education for his scientific achievements.